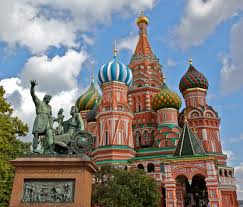 General questions of legalization of documents

According to the legislation of the Russian Federation the documents issued in another country can be used (can be accepted by the Russian bodies and organizations) only with legalization.

The legalization of documents is carried out for a lawful use of the foreign document in another country.

The recognition of education is carried out for providing the rights for study and (or) work.
A number of certain formal procedures for giving the document validity on the territory of other country for the purpose of representing it in official bodies of other state is called legalization. There are 2 types of legalizations:

•  This procedure is carried out in 2 stages:

Don’t confuse the legalization procedure with the legal witnessing of document copies! The legal witnessing of document copies and document translations in the Russian Federation according to the civil legislation is carried out by a notary. Copies of translated documents should be attached and filed to the translations certified by the notary.
Without legalization. Documents issued in member countries of the multilateral or bilateral agreements, which abolish the requirement of legalization of documents, are accepted without legalization. List of countries, with which the Russian Federation have signed international agreements, that abolish the legalization procedure:

The convention on legal assistance and legal relations

Next Step (HOW TO PREPARE A SET OF DOCUMENTS):

Registration has been disabled.

Check your email for new password.
Something went wrong, try refreshing and submitting the form again.